Marina Ruy Barbosa (full name is Marina Souza Ruy Barbosa) is a famous Brazilian Actress and Model. She began her career as a child actress; her first significant part was in the telenovela, Comecar de Novo. In 2006, she portrayed a notable character in Silvio de Abreu’s Belissima. After that, she appeared in Sete Pecados (2007), “Escrito nas,” “Estrelas” (2010), Morde, Assopra (2011), and Amor a Vida interpreting Nicole, a young orphan and millionaire who gets cancer, Hodgkin’s lymphoma type 4.

Marina Ruy Barbosa gained great prominence in the telenovela Imperio in her primary career, the role of the nymphet Maria Isis, thus winning the Contigo Television Awards for Best Supporting Actress. In 2015, Ruy starred in Totalmente Demais, a series that earned an International Emmy for the best telenovela. Barbosa has become a style reference, a constant presence in the lists of their most elegant women in Brazil. Her reddish hair is considered her trademark.

She’s in big demand to make advertising campaigns, especially in the style and beauty segments. According to Forbes magazine, the Brazilian edition, the actress with the 2nd most appearances in commercials aired on broadcast TV in Brazil between May & July 2015 and had appointed one of the Top 25 Actress of Brazil in 2015. In addition, in 2015, she had been the Brazilian celebrity to appear the most in television ads, according to the ranking of their Competition Control, which tracks the advertising market.

Marina Ruy Barbosa was born in Gavea, a southern zone neighborhood in Rio de Janeiro, on 30 June 1995. She is an only child, a great-great-great-granddaughter of the writer, jurist, and politician Ruy Barbosa from Bahia. However, regardless of the similarity of the names, she’s not linked to the screenwriter Benedito Ruy Barbosa.

Marina Ruy Barbosa made her 1st significant work in the film Xuxa e o Tesouro da Cidade Perdida, where she played the character Mylla. Afterward, Barbosa auditioned for Comecar de Novo, in which she played the character Ana, the guardian angel of Miguel (Marcos Paulo). Unfortunately, this mysterious character hid important plot keys and had an unknown source. Nevertheless, it was her primary telenovela with screenwriter Elizabeth Jhin.

On 5 March 2005, Marina Ruy Barbosa surfaced in children’s theater as the protagonist of this drama Chapeuzinho Vermelho -O Musical from the Teatro dos Grandes Atores, in Barra da Tijuca, also in Teatro do Leblon in Leblon. Barbosa’s job in Comecar de Novo made her an invitation to attend the tests for its character, Sabina, in Belissima.

After going through crowded auditions, she had been chosen by the screenwriter Silvio de Abreu and also the director Denise Saraceni to play the role. Barbosa’s achievement in the role made her famous in Brazil and led her to be interviewed on Domingão do Faustao. She was later hired as a private artist by Rede Globo. In late 2007, Barbosa engaged in the first edition of this competition Danca das Criancas, revealed on Domingao perform Faustao. But Marina Ruy Barbosa was the first contestant to be eliminated.

In 2008, Marina Ruy Barbosa surfaced in mature drama; she has cast by the duo Charles Moeller and Claudio Botelho to play Clara, a 7 – O Musical girl. In 2009, Barbosa co-hosted a TV Globinho program. Director Denise Saraceni afterward invited her to join the series Tudo Novo de Novo, translating teenaged Bia. In addition, she participated in the sketch, Super Chefinho, shown by the morning show Mais Voce.

She was encouraged by writer Elizabeth Jhin, who had made the telenovela Comecar de Novo, to play the rebellious adolescent, Vanessa, at Escrito nas Estrelas. Vanessa wore dreadlocks in Barbosa’s hair and was a student of ballet. ​ Ruy, who hadn’t ever done ballet, took private classes to get ready for the function. Because of this, she played her ballet scenes without even needing a stunt double. As a result, critics praised Barbosa’s performance on the telenovela.

In October 2010, Quem magazine prepared a special edition to celebrate its tenth anniversary. Ten young actresses here invited to the cover, made and shot by Fernando Torquatto, employing the self-explanatory title Estrelas da Proxima Decada. Barbosa, just 15 years old at the time, was the youngest actress on this te.

In April 2015, Marina Ruy Barbosa played the protagonist, Malvina, on Amorteamo mini-series, a character inspired by Tim Burton’s Corpse Bride. She began recording the series throughout the past shootings of Imperio, accumulating both works simultaneously.

Throughout the Amorteamo shooting, Marina Ruy Barbosa had to undergo an emergency appendicitis surgery but recovered quickly and returned to the shootings. Her acting has to commend, and the mini-series was powerful, another season, which has shot in 2016.

She also participates in philanthropic campaigns such as the Brazilian Institute for Cancer Control (IBCC), Friends of Children with Cancer (AMICA)[52], and the Brazilian Association of Lymphoma and Leukemia (ABLE).

In November 2013, Barbosa was the star of a National Day Against Cancer Children and Youth campaign, Golden November, promoted by the Institute Ronald McDonald. She turned into a warrior, inspired by great heroines of comics and games.

Marina Ruy Barbosa married Alexandre Sarnes Negrao on 7 October 2017. But the sad news is that in January 2021, their marriage ended in divorce.

Also, if you are interested to know biographies of American actresses and Indonesian actresses, click here, Indonesia or America. Thank you so much! 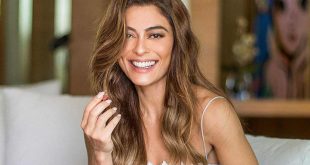