Nixon Chowdhury is a Bangladeshi politician and Jatiya Sangsad member representing the Faridpur-4 constituency; His birth name is Mujibur Rahman Chowdhury. He is widely prevalent among youths for his speeches and political aspirations.

In Dhaka, Bangladesh, Nixon Chowdhury was born on March 3, 1978, to his mother, Sheikh Feroza Begum, and father, Ilias Ahmed Chowdhury. He had a brother named Noor-E-Alam Chowdhury Liton. He and his older brother Liton has 14 years age gap.

Nixon was born to a political family; His father, Ilias Ahmed, was a parliament member from Madaripur-1 & He was a member of the Bangladesh Awami League. After he died in 1991 at 56 years of age, his brother Liton join in the Bangladesh Awami League and became a parliament member from Madaripur-1. At the same time, Nixon chose to non-affiliation by any political party.

Nixon Chowdhury was first elected from Faridpur-4 in 2009 when he beat Awami league candidate Nillufer Zafar Ullah. He has been selected as a member of parliament in 2018 for the second time beating Awami league candidate Kazi Jafarullah.
In the Bangladeshi political scenario, he is seen as a rebel candidate who is independently beating Awami League for the second time. In 2020 he joined the Jubo League, which is a youth wing party in Bangladesh.

Jubo league is a party known for its plan of Bangladeshi democracy and secularism. This belief is resonated in Nixon as well.
The Bangladeshi people’s perception largely shapes the way Nixon is seen in the Bangladeshi political scene. His charming speeches are anthems for many. Many youths consider him as their political idol.
Despite being a very private person, he has managed to appeal to youths for the concerns of Bangladeshi democracy. He is considered to be a fine politician and is a risk-taker and winner on a large scale.

When you are a parliament member, controversy is always roaming around you with such a renowned reputation. Nixon has a fair share of allegations and not so gentle conduct in his belt. He was powerfully criticized and was questioned about his role in Padma Bridge Graft Scandal. He was accused of taking a bribe and was admitted by the persons bribing him for the contracts. The Anti-corruption Commission even questioned him.

Chowdhury was accused of verbally abusing and threatening civil servants in Faridpur-4. He allegedly found verbally abusing UNO (Upazilla Nirbahi Officer) of Charbhadrasan. In an official statement, he accused of beating and defaming Faridpur District commissioner, Upazilla Nirbahi Officer (UNO), executive magistrates, and local administration members on election day and before and after election day.

In a political rally, he threatened DC of Faridpur. Nixon verbally abusing caught on audio clips went viral on social media, causing widespread criticism. He explained that the clip was Super-Edited. For this Election Commission filed a case for violating the electoral code of conduct. He was granted anticipatory bail by October 21, 2020. He violated the media widely covered the electoral code of conduct. He was at the center of attention in this media trial. He was criticized for his behavior as he is trusted and widely popular among Bangladeshi youth.

Nixon is an influential Bangladeshi MP. He has a definite charm in his public speaking and interaction, which have its undeniable charm. Nixon has a unique appeal to the general public that has led him to have a successful political career at the young age of 42.

Nixon has kept his personal life pretty private. He was married to his first wife, Munzarin Chowdhury at 18 years. She tragically passed away in 2014 due to falling from her residential building. She is survived by her daughter, who was at the time of her mother’s death in Class 5. The name of Nixon Chowdhury’s daughter is Nazura, Daughter was 12 years old when her mother passed. The death of his first wife was devastating to him. The day his wife died, Nixon has also admitted herself to the hospital for sickness. Her wife Munzarin died at just 38 years old.

Nixon married Tareen Hossain (Executive Director and Publisher of Daily Ittefaq) as the second wife. She has one son and one daughter.

This 42-year-old politician is not very active in social media. Nixon Chowdhury’s has a verified Facebook account. The good wishers trying to keep in contact with him can contact him by his public phone number.

Many Bangladeshi politicians have wholeheartedly accepted social media as a platform to promote their campaigns. Nixon is still not active on any social media despite having an influential role in the general Bangladeshi population.

Nixon is an independent Bangladeshi politician who is representing Faridapur-4 in the parliament. He is an established politician from a very political background in Bangladesh. He is very charming and has an appeal to the general youth of Bangladesh.

All in all, Nixon Chowdhury is a Bangladeshi MP. Nixon has garnered a successful political career and was elected to parliament two times at such a young age. He is a viral role model and idol among the youth of Bangladesh. 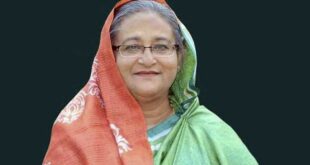