Ziaul Hoque Polash(extensively known as Polasah) is the most popular actor and Director. Although he started his career as a director, however, he has gained popularity among the younger generation as an actor. He made her acting debut in collaboration with television director Mostofa Sarwar Farooki. He has started acting in a few plays but has an extensively acclaimed for his outstanding performances.

He has also become an overnight superstar by playing the role of Kabila in the popular drama series “Bachelor Point,” directed by Kajal Arefin Ome. So let’s come to the biography and unknown information of Bangladeshi popular actor-director Ziaul Hoque Polash.

Ziaul Hoque Polash was born on 3 February 1993 in Sonamuri, Sonapur Union, Kalikapur, Noakhali, Bangladesh. His father’s name is Mujibul Haque, and he is an engineer by profession. In 2010 he passed SSC Government Laboratory High School, and in 2013 he passed HSC. He then completed his finance and banking degree from Govt Titumir College, Dhaka.

Polash was born in Noakhali but grew up in Nakhalpara, the capital of Dhaka, from his childhood. Since childhood, he has seen many drama shootings, but he never thought of becoming an actor even then. He all time wanted to do something for himself and establish himself as a director. This interest introduced him to his boss, Director Mostofa Sarwar Farooki. And from now on, his path started in the Bangladeshi media industry.

Ziaul Hoque Polash started his career as the Assistant Director of famous television director Mostofa Sarwar Farooki. He then played short roles in the play. However, in 2017, Polash started acting in full in the acting “Journey by launch,” directed by Naznin Hasan Chumki. The drama is controversial because it was Director Naznin Hasan Chumki, intentionally or unintentionally, but hurt Islam.

His first directed play was “Friends With Benefits.” His plays include “Tattoo 3”, “Arekti Shondeher Golpo,” “Invitation,” and “Passport.” He has already gained popularity among the younger generation and has acted in more than 20 dramas. Even his name is among the top 5 young actors in Bangladesh.

Although Polash is in the media industry with his desire to become a director, he is currently very popular as an actor. However he enjoys acting, but his dream is to become a filmmaker, and he wants to direct all the time.

We don’t know much about Polash’s personal life! However, as far as I know, he is still unmarried, and he is not in love with anyone. 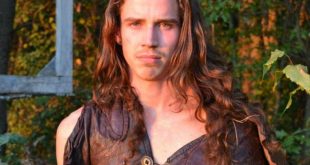 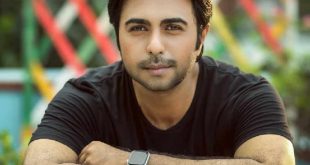